Cornelis de Heem (Leyden 1631 – 1695 Antwerp) was a member of a large family of still-life specialists, of which his father, Jan Davidszoon de Heem (1606–1684), is considered the most significant.

Cornelis was baptised in Leiden in 1631, and moved with his family to Antwerp in 1636. He was trained by his father in Antwerp, who, like him, was born in the Dutch Republic but died in the Southern Netherlands. Cornelis’ subsequent career, like many painters – especially after the Peace of Westphalia in 1648 – moved fluidly between the two traditionally-connected areas of the north and south Low Countries. He became a member of the Antwerp painters’ guild in 1660, and from 1667 until the late 1680s he was variously active in Utrecht, IJsselstein, and The Hague. It is often not easy to distinguish the works of different members of the family, which included his brother Jan Jansz., nephew Jan Jansz. II, and son David Cornelisz., who all painted mostly flower and fruit pieces in a similar style and often collaborated. This piece is thought to be a collaboration with Cornelis’ son David (Antwerp 1663 – before 1714 the Hague). 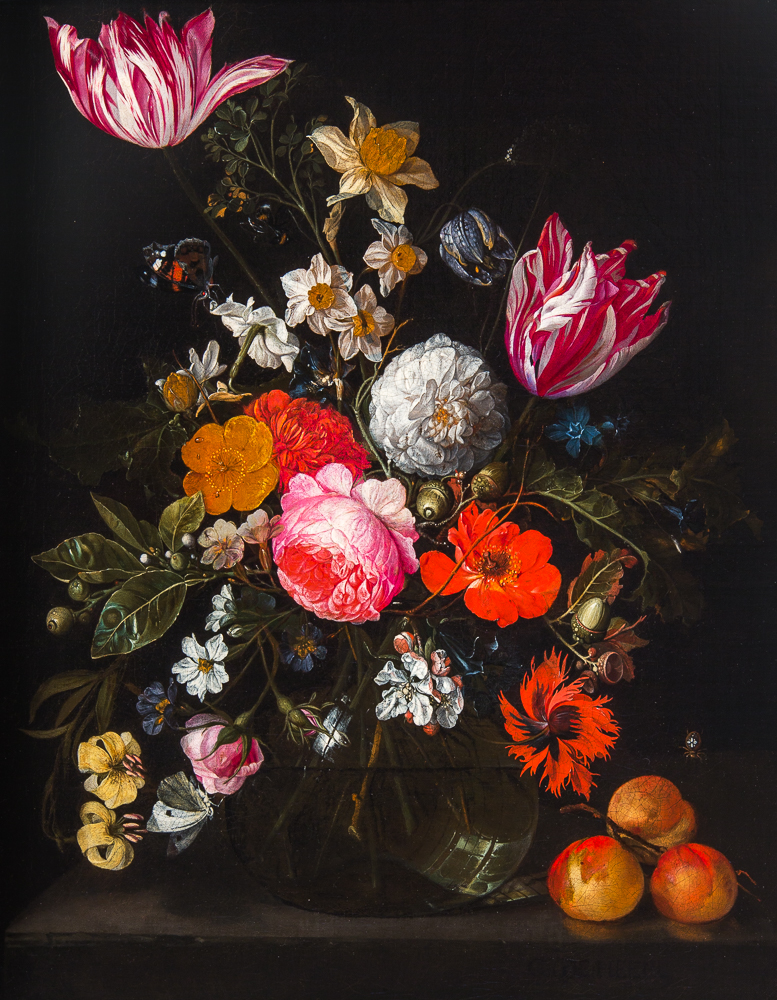