The ‘menina’ of Velasquez, Arnolfini’s pregnant wife in the Van Eyck portrait, and Rogier van der Weyden’s ‘veiled lady’: Suzanne Jongmans brings them to life in her photographic portraits. This nod to the old masters of the 15th, 16th and 17th centuries – certainly also to Rembrandt and Vermeer – is only one aspect of her work. It is all about tranquillity, timelessness, beauty. Qualities she discovers even in disposable materials such as packing foam and tin, with which she meticulously designs the exquisite costumes for her models – a subtle critique of our consumer society.

Suzanne Jongmans (Breda, The Netherlands, 1978) is an interdisciplinary artist. She is a seamstress, sculptor, costume designer and photographer. She held her first solo exhibition at the European Economic and Social Committee and has also exhibited at the Welt museum in Vienna. Her commissioned work includes a campaign for Valentino/Moncler and she has been featured in the international press (The Washington Post, on CNN and Die Deutsche Welle).

Also in this exhibition we see a beautiful example of Suzanne’s main source of inspiration, an original 17th century portrait of a burgher attributed to the Amersfoort painter Paulus Bor (1601 – 1669). 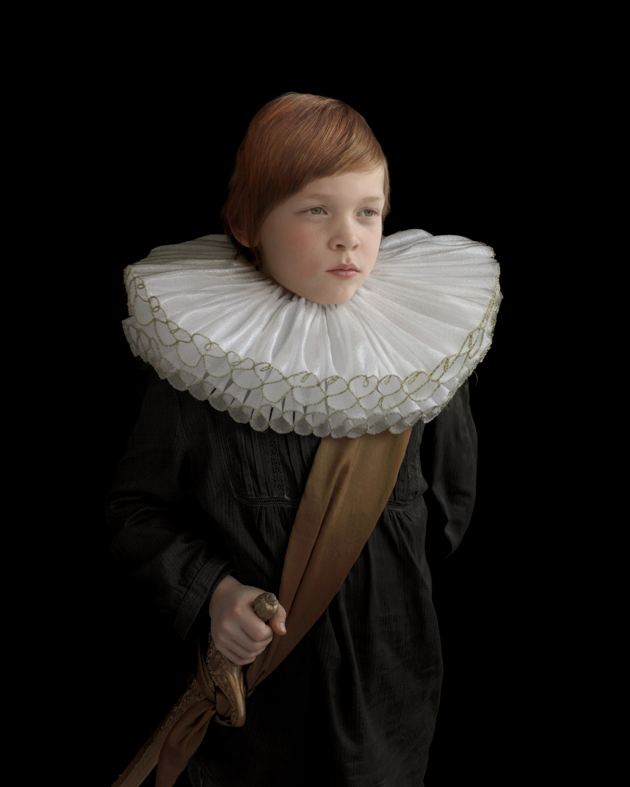