Bouquet of Flowers in a Niche

Ambrosius Bosschaert IV (Middelburg 1609 – 1645 Utrecht) was baptized in Arnemuiden on 1 March 1609 and died in Utrecht on 19 May 1645. He was the son of the famous flower painter Ambrosius III and Maria van der Ast. In art literature, Ambrosius IV is named ‘de Jonge’ (The Younger). According to the RKD, his work is often confused with that of his father’s, mostly because he painted in the same style and signed with the same monograph; the capital letter A, within a capital letter B. His two brothers, Johannes and Abraham, became flower painters too.

Ambrosius the Younger was also heavily influenced by his uncle Balthasar van der Ast. After 1634, his work shows undulating outlines already observed in certain details of his uncle Balthasar: the sinuous lizards and dragonflies. After 1634 his austere monogram is replaced by a written signature, A. Bosschaert, which is more flowing than his brother Abraham’s signature. His works from before 1634 are a bit compact and static and more detailed than his later works. 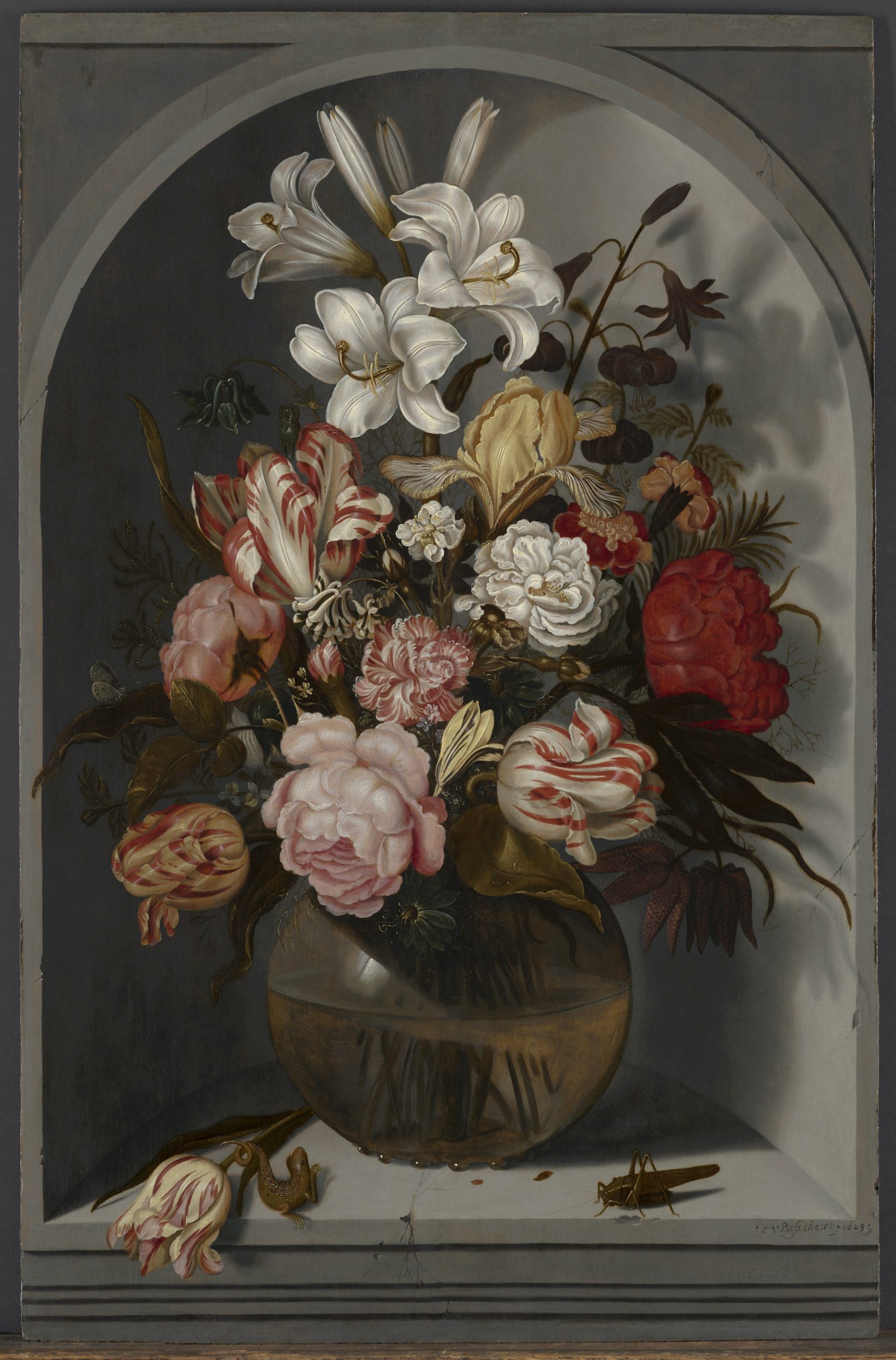